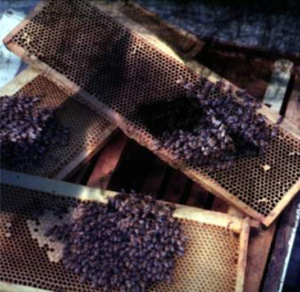 The PNW honey bee survey is now open extending to end of April. WVBA members had been consistently participating but last year only 16 individuals reported on 88 fall hives. But those 16 had great news to report – the WVBA club report had the greatest survival of all the bee clubs with only a 19% loss.  I ASK PLEASE complete a survey again this year. Survey can be completed in only 5-10 minutes. Go to https://pnwhoneybeesurvey.com/survey To examine past survey results look for WVBA survey report on same site under survey results.

WVBA member respondents started winter with 74 Langstroth 8 and 10-frame hives and 8 5-frame nucs; there were an additional 5 Top Bar hives (2 lost) and 1 Warré hive (it did not survive). Standard movable frame hives 17% loss; non-traditional hives 50% loss. Thirty three of 41 overwintered WVBA colonies were alive in the spring (20% loss rate).  Only swarms (3 of 7 survived) had higher loss rate than statewide respondents. Losses this past season were only one-half the average of the previous 6 seasons (38%) for WVBA members.

The survey asks about basic managements of feeding, wintering and sanitation and computes survival for each of the various options. Number of returns for WVBA are small this year so looking at statewide management survey returns is perhaps more representative. It should be emphasized that these comparisons are correlations not causation. They are single comparisons of one item with loss numbers. WVBA beekeepers do not necessarily do only one management nor do they necessarily do the same thing to all the colonies in their care.

Feeding colonies appears to be of some help for beekeepers to reduce losses. Individuals feeding fondant sugar, a hard sugar candy or dry sugar (all emergency/insurance feeding methods) during the winter all report lower loss levels. Providing frames of honey and feeding sugar syrup also meant lower loses for some individuals – such feeding management is of great value for spring development especially of new/weaker colonies. Feeding protein in form of dry pollen and pollen patties did slightly improve survival. The supplemental feeding of protein (pollen patties) might be of assistance earlier in the season to build strong colonies and again in the fall to build the fat bee population needed for successful overwintering.

Winterizing measures that apparently helped lower losses for some beekeepers were a moisture trap (Vivaldi board or quilt box) and upper insulation, plus wrapping the colonies (or otherwise adding some insulation (especially at colony tops) to provide added protection against the elements). Spreading colonies out in the apiary and doing other measures to reduce drifting also appeared to be of some value in reducing winter losses. Avoiding movement of frames from one colony to another might also improve survival but the gain over what this interchange might accomplish to bolster weak colonies and start new divides might be greater than a minor advantage in survival. Doing no feeding, winterizing or sanitation resulted in the heaviest overwinter losses. Replacing standard bottom boards for screened bottoms marginally improved winter survival. It is apparently advantageous to close the bottom screens during winter.  Greatest difference in survival is with use of mite controls – no one single mite management technique appears superior but monitoring and then using the information to guide a control strategy is a good approach. Monitoring of adults with powdered sugar of alcohol wash (many substituted Dawn Ultra® dish detergent when alcohol became difficult to purchase this past year) is the most accurate monitoring technique and using sticky boards to confirm control success  helpful.